Faster has developed a course with all the content of a normal Level 4 Strength and Conditioning Certificate, and injected it with skill unique to our company,


On top of this you will get to interact with a community of trainers working with elite sports performance clients and teams.

*You must have a level 3 relevant fitness or coaching qualification to enrol*
Write your awesome label here. 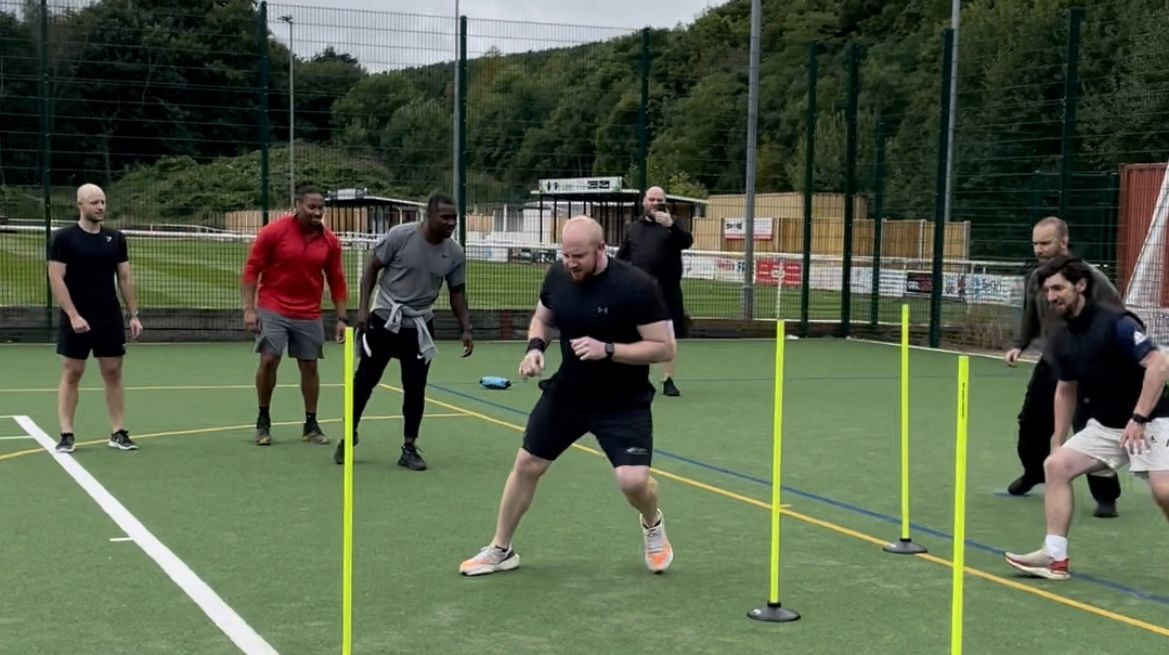 We support you 1-1 on Zoom, Whatsapp and text

Althought the course has a comprehensive set of videos and ebooks to support your learning, we also want to make sure you are supported in an interactive way.  You will have a 1-1 mentor who will support and teach you bespoke lessons, you will also get assessed 1-1, so that you do not have to worry about making a group assessment day, or being held up waiting for assessment days.

If you want more information on this or anything else then please call 0203 239 4861
Guaranteed Security using one of the most advanced encrypted systems on the market.
The information in this page is being processed and encrypted securely using industry-leading encryption and fraud prevention tools.

Football is a game that he didn't play to a high standard, although he was a Division 4 Mansfield Sunday League leading goal scorer in 1992, he career was cut short by a lack of talent. By the age of 17, John had completed his first year as a sports coach and had just passed his FA Preliminary coaching badge. This started his passion for coaching, which lead to an obsession with movement and exercise planning.Although he firmly believes in Science driving answers, and that you are as good as the research you put into the job, it is also important in the S&C community that you can back this up with qualifications and experience.John has worked with GB Netballers, Premiership Footballers, other Professional Footballers, National Canoe Polo Players, Olympic Triathletes,  Professional Rugby Players and more as well as having his Football Performance course be referenced positively at a national soccer convention in the US. In a massive call to authority (see the course content), he has also trained up to MSc level in Sports Science with an emphasis on Injury and Performance, to compliment his Degree in Coaching and Fitness. He attended GAIN (Vern Gambetta's internship), GIFT and also qualified with the NASM on their Performance Enhancement Specialist and Sports Performance Specialist as well as completing his NSCA Certified Strength and Conditioning Specialist.